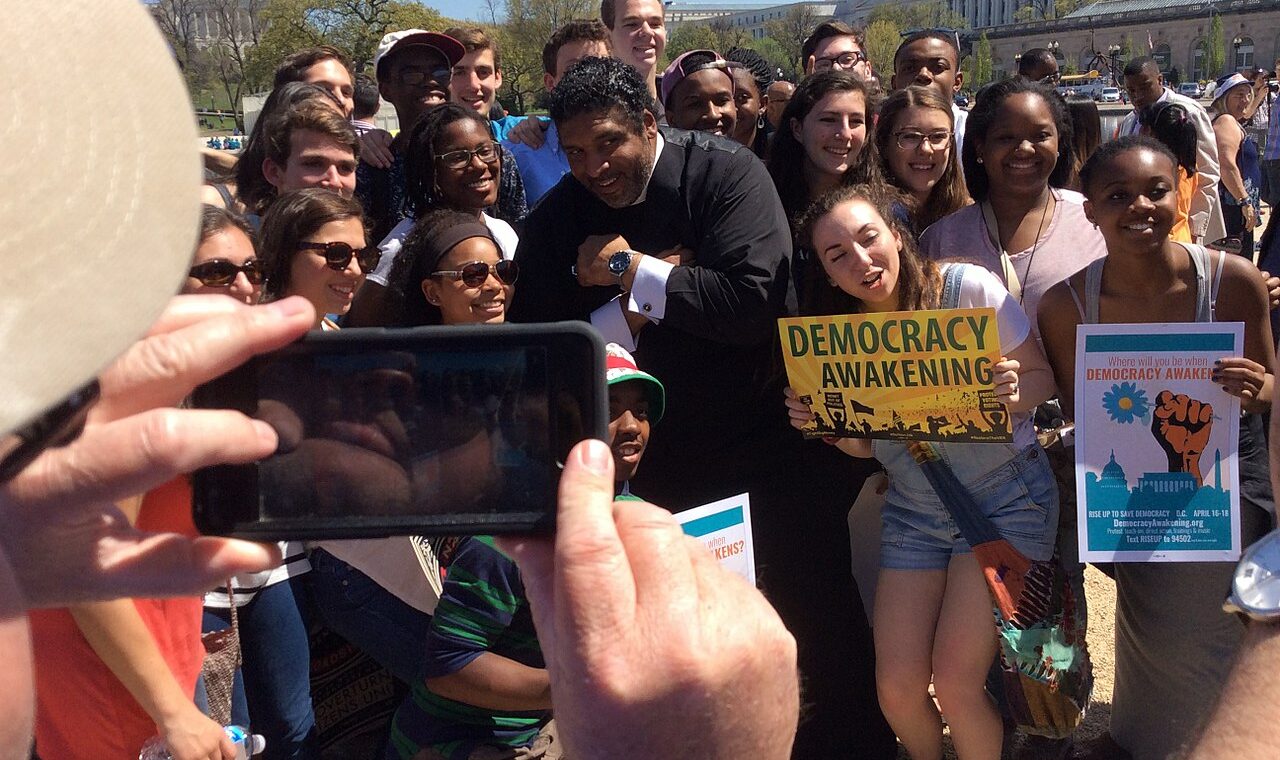 Approximately 200 voters were arrested after protesting for voting rights reform outside the White House. Hundreds of protestors, among them the Reverend Doctor William Barber III and members of the Poor People’s Campaign, the League of Women Voters, and People for the American Way, marched on the White House demanding that President Biden take action. The group was confronted in Black Lives Matter Plaza by members of the National Park Service, where the mass arrests, marked by delayed processing and alleged misconduct, took place. This protest follows on the heels of other recent voting rights demonstrations in Washington, D.C., including one on October 5th, in which Benjamin Jealous, President of People for the American Way, was among those arrested by the Secret Service.